I’ve never been in Brazil but I really love the taste of Brazilian food as I can state from Brazilian Restaurant I’ve tried so far.

In Milan my favourite was a rodizio restaurant, quite far from the center, close to the airport. The quality of food and especially of quality of thier meats was so excellent and so cheap if compared for example to all the argentinian restaurants.

Last week I had the chance to discover my official brazilian restaurant in Madrid, and of course a rodizio restaurant, it is called Vila Brasil. 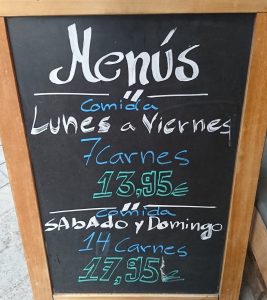 I went there for lunch, during the week, when the prices are really great, you have the buffet and seven types of different meats for 13,95€ (only for lunch). On Saturday and Sunday for lunch it’s 17,95€ but with fourteen different types of meat. For dinner you always have the the complete rodizio option (fourteen meats) at 22,95€ during the week and the weekends.

I was not surprised when I discovered that lots of footballers, not only the brazilians, are trusted clients of Vila Brasil. You just enter and see some of the most famous footballer t-shirts signed.

If you don’t know what a rodizio brasileno is I can explain it as a of sort of sward filled with meat that is served right at the table (as in the picture).

The buffet is really great too, lots of salads and a great variety of starters. The typical black beans and white rice from Brazil is the unmissable plate. I thought it was a vegetarian alternative to rodizio but it is not because the soup is made with pork.

As I am a pineapple lover I also tried the rodizio with pineapple, hot pineapple, because it is cooked in the same way as for the meats, but with cinnamon instead of spices.

The brazilian beers which I have never tried before turned to be really great and perfect for me because the taste was not so strong as most of the artisanal beers I know. 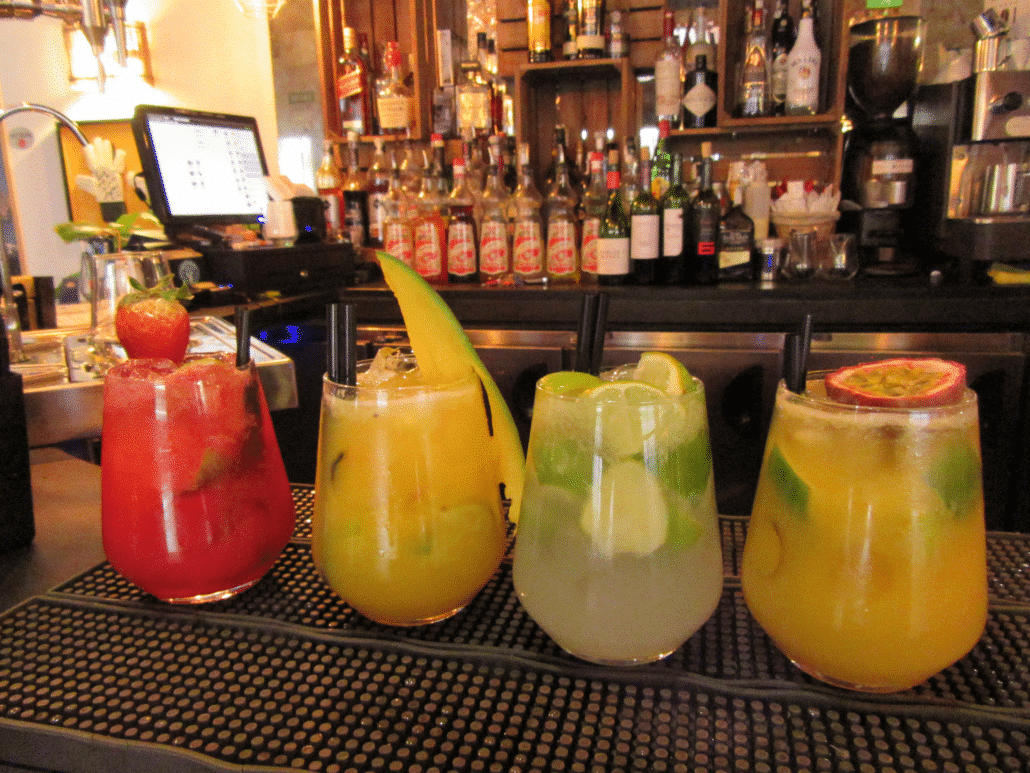 Last but not least you can’t leave Vila Brasil without trying one of their caipirinha because the exotic fruits taste can really transport everyone to the Brazilian culture and vibe, a sip of their caipirinha is more effective than a virtual reality pair of glasses.

I’ve tried the mango one, which is my favourite from all the time and it was great, as I think the coconut one which is the preferred in Vila Brazil.

Another thing that really impressed me was the “pan de queso” which is a tiny rounded bread made with special cheese. The consistency is so different the the normal bread and the taste was so good that I can not compared it with any others kind of bread I’ve ever tried. 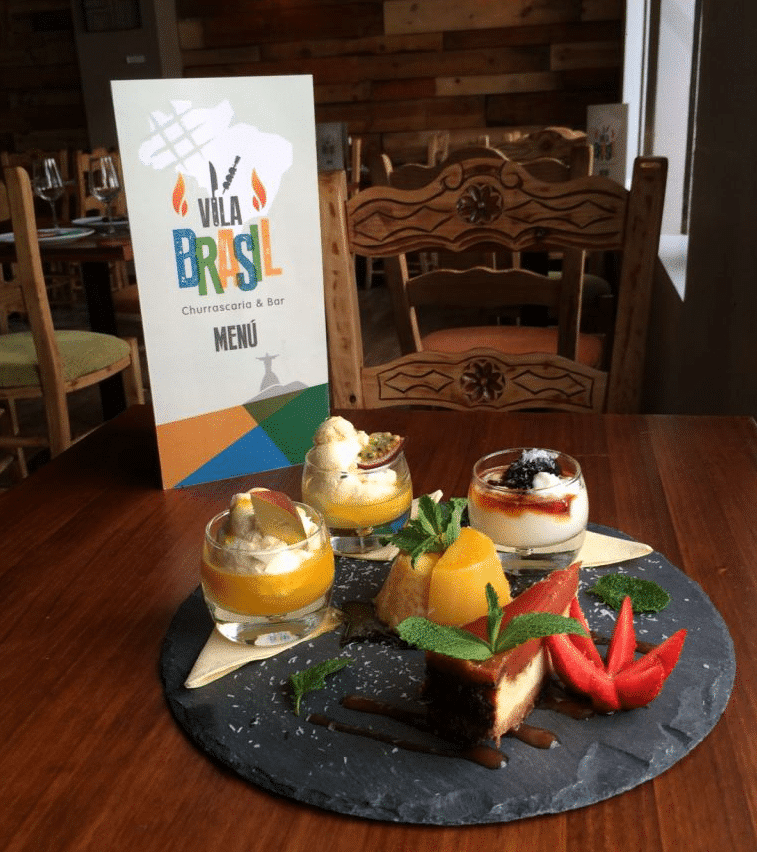 The desserts are great too, I suggest all the tropical fruits tastes, like the mousse de maracuja, because I think are much more typical than the classic desserts you can find in other restaurants.

If you reserve from the website there is a special -20% discount. You can see also the full menu and prices, more pictures and maybe get the chance to meet Marcelo from Real Madrid.