Spain is famous for its monuments, museums, beaches, food, but also for its castles. From Pais Vasco to Andalusia, Spain has always been full of castles, and not all of those have survived until today. The ratio is one-tenth, we are able to see only ten percent of the Spanish castles because the 90% have been destroyed.

Just think about all the cities called “Castilla” something in Spain, they all originated around castles.
Even if it’s only 10% of the whole castle heritage that we have today, the architecture is hugely diverse. Probably only Germany can boast of the same variety.

Although now closed and for sale, the Castle of Butrón is a marvel of medieval origin that was restored in the 19th century. This fantasy of towers, turrets, battlements and decorations was based on the house-tower of the Butrón and turned it into a castle in Bavarian style that astounds any onlooker. The fortress is located in a privileged environment of great natural sights. Inside 4-meter thick walls there are several halls, an old chapel, a grand hall of 200 square meters, a typical courtyard, a library and a dungeon. For years it was used as a hotel establishment with medieval shows, but today it is closed and for sale.

2. Castle of the Knights Templars, Ponferrada 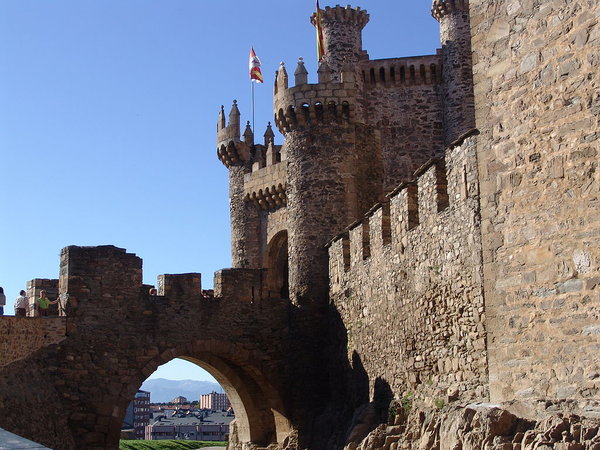 Founded by the Romans, this Castle got its name from the Templar Knights who took possession of the fortress in 1178. In the middle of the 19th century, Ponferrada’s Municipality hired the interior grazing areas to locate there a soccer field. In 1924 the place was declared a National Monument. It houses the Templars’ Library and the Ponferrada Investigation and Study Centre, which contains almost 1,400 books including facsimile editions of works by Leonardo da Vinci. 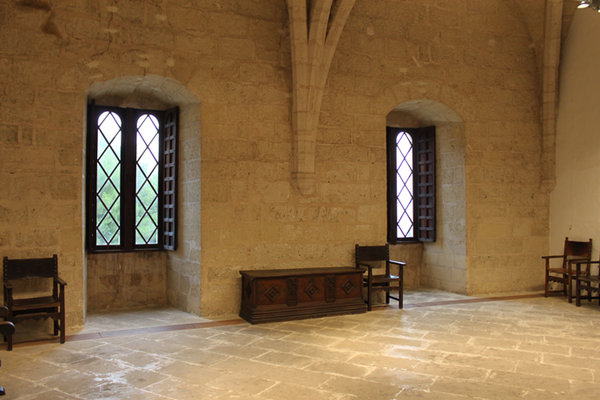 This castle, which name in Catalan means “beautiful sight” due to the grandeur view of the city of Palma, the port, and the “Serra de Tramuntana”, declared a World Heritage Site by Unesco, is one of the few circular fortresses in Europe and the most ancient of all circular-shaped castles, since it was built in Gothic Majorcan style at the beginning of the 14th century. Having first served as the residence of the Kings of Majorca, and afterwards, as a military prison, it became a museum in 1932. 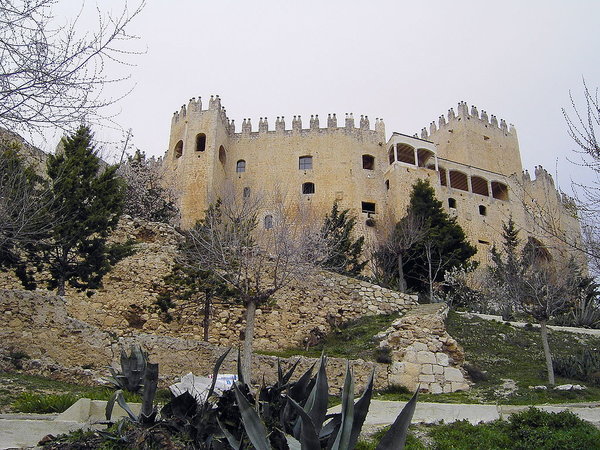 Lying between the fertile plain of Murcia and the ancient Moorish kingdom of Granada, it was once the seat of the feudal lord of the region, the powerful Fajardo family, whose sixteenth-century castle still dominates the town. After the French invasion and the vast social changes that surged in the country, it was almost completely abandoned until the beginning of 1900, when the owners decided to remove the furniture and sell the architectural elements of the Castel. Its precious “Patio”, a masterpiece of the Spanish Renaissance was sold to an American millionaire who brought it with him to New York and today it is one of the glories of the Metropolitan Museum. The carved decorative wood friezes that represent “The Twelve Labours of Hercules” and “Caesar’s victories” were also sold, now they are in the Museum of the Decorative Arts of Paris. 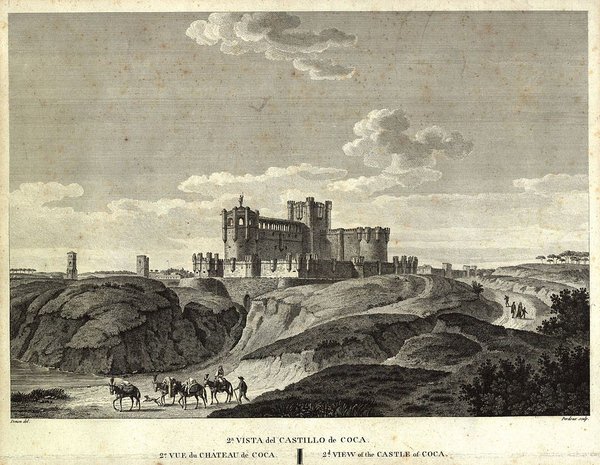 Close your eyes and imagine a fairytale castle, with its towers, battlements, high walls and a moat where crocodiles teem. Open them now … The castle of Coca (although without ferocious reptiles) is one of the most spectacular in Spain for many reasons. From the fifth century, it is one of the best examples of Gothic-Mudejar architecture in Spain with a spectacular defensive system, especially the gates. Do not miss the Tower of the Homage or the beautiful Gothic ribbed vault with geometric mosaics from the Hall of Arms. It was in ruins until the beginning of the century and today, already restored, it is a National Historic Monument.
January 3, 2019/0 Comments/by EnzoLauretta
https://madridiana.es/wp-content/uploads/2019/08/goal-4260987_1280.jpg 564 800 EnzoLauretta https://madridiana.es/wp-content/uploads/2017/03/madridiana_logopirou.png EnzoLauretta2019-01-03 14:20:482019-08-03 14:24:39The best castles in Spain

The best castles in Spain